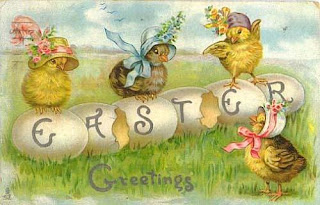 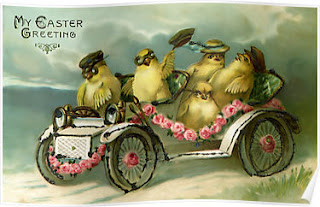 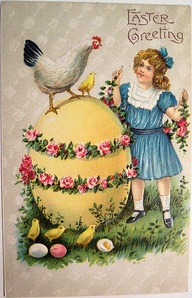 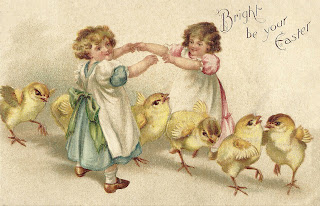 Happy Easter to each and everyone one of my Peeps....

Last year my friends Susan & Christine of Swirly Girls Design asked me
if I wanted to be the shop sponsor of their cruise that was going to take place in
March of 2013...sure...why not I said. Well maybe I didn't say that right off
the bat but what it comes down to is I did say yes and one year later we just returned from the
Caribbean and am already planning next years cruise with them, and you can sign up now!

We had quilters from all over the place, even Valerie from Canada came along for the ride. A wonderful group of ladies from Michigan, Ohio, loads from Virginia, Maryland, Alabama and Pennsylvania. Hopefully I didn't miss a state...they really were a great group to play with.

I thought I took a ton of pictures of the ladies quilting but it appears that the only
pictures on my camera were of the after quilting fun. But I can still show your those... 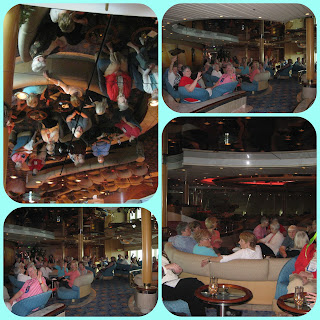 Michelle from Quilt Retreats at Sea set up a nice little cocktail party for us, what a blast that was. 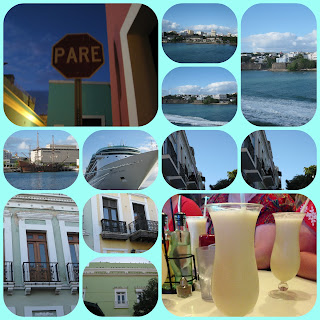 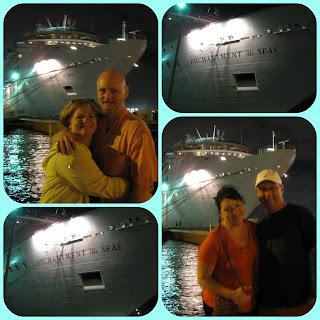 Our first port of call was San Juan, Puerto Rico.  We arrived a few hours late so ended up having
some free time to explore the streets and eat in a local place that Andrew's friend Nick told him about.
On the way back to the ship we stopped for some quick picture taking..don't we make the cutest couples? 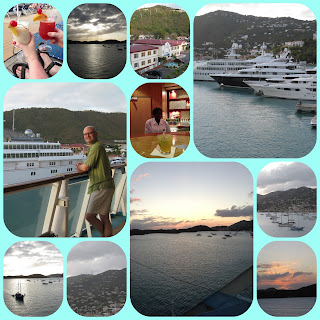 St. Thomas was up next, we spent the day exploring, then back on the ship for some relaxin' in the sun, well, relaxin in the shade but it was still a lot of fun. 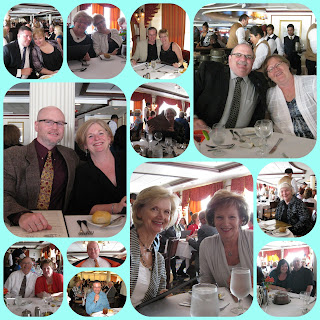 We had two formal nights, we chose to only do one and I'm glad we did. As you can
tell...lots of happy faces and beautiful people... 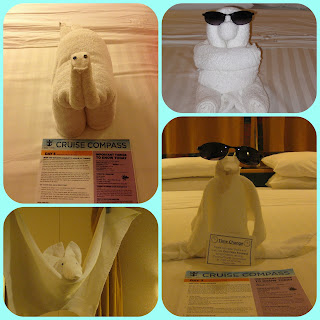 Here are our sea creatures that awaited us when we came back to our cabin..
what a hoot!

Next year I will taking lots of pictures of the quilters. Lots of quilters finished their quilt tops and
there was a bunch of hand projects finished. Dang, now I wish I had taken pictures of the thread catchers, hand embroidery design, strawberry pin cushions and english paper piecing. Lots of goodies
were given out during the 9 days but the biggest giveaways happened on the last day on the ship. We gave away more then 30 prizes to the lucky ticket holders...lots of chances to win!!!

If you've ever thought about taking a quilting cruise but didn't know where to turn for answers to your
questions just drop me a line...I am more then happy to share. Kelly Ann's Quilting will be sponsoring
a second cruise in April 2014...wouldn't you love to join us? We'll be cruising out of New Orleans and
making some great port stops along the way.
Won't you join us...sign up now and let the fun begin!!! 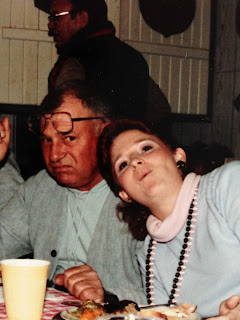 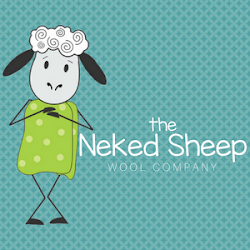